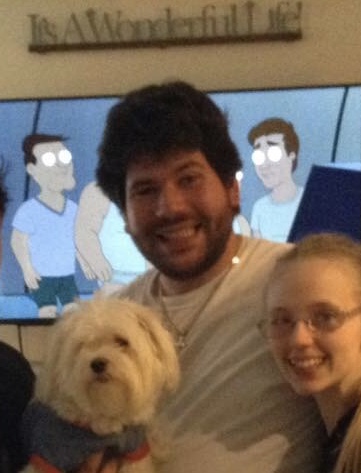 COMMISH’S BATHROOM STALL, NEW YORK – – In an apparent Hail Mary attempt to turn his season around, Meat Mavens owner and operator Big Tony Barlotta struck agreements with Team Thanos and Knights of Ren management on a pair of early season trades that figure to reshape the landscape of The League dramatically.

The Meat Mavens are hoping that the pair of deals inject some life into the 0-3 team, particularly the woefully underwhelming wide receiver corps.

Upon the news of the second trade with The Knights of Ren breaking this afternoon, Tony issued a public statement to The League at large which seemed to indicate that the trades were as much about sending a message to the remaining players on the team as it was about improving the roster. “I demand results, plain and simple. Not including the playoff game last year I lost a total of 3 games,” Tony said.  “I’m 0-3 it’s time things get shaken up and start a new chapter of this young season. Pat and the Mavens are ready to slaughter the cows.”

In yesterday’s trade, the Mavens struck a deal to send Jordan Howard to the 3-0 Team Thanos. Howard should add more strength to the ground game of the already formidable Hennin squad, especially ahead of his Week 4 rematch of last years League Championship Game against reigning champ Jacky G.

Today, the Mavens shipped Tom Brady and Larry Fitz over to the 0-3 Knights of Ren, in a move that both owners are hoping will turn the season around. While Olsen has started the season winless, there was still a sense of optimism around the team that has performed well but was unable to pick up a W in what has been a buzzsaw of a division, at least in the early-going.

How these trades will play out in the long run is anyone’s guess at the moment, but this much is clear – the 2018 League season is just beginning to heat up.

After 3 weeks of bullshit performances I did what no man does. Trades pretty much your entire team after 3 weeks of the season. What I had wasn’t working. Now with the reloaded roster and a bevy of options I should be able to change the course of history and march my ass back to the playoffs